A Solution to Cancer Treatment

The Brazilian Social Wasp has been discovered to contain a certain chemical compound in its venom that not only kills cancer cells, but also prevents damaging non-cancerous cells. 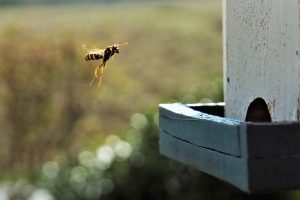 The Brazilian Social Wasp a.k.a. Polybia Paulista is a “not so pretty” and friendly species from the bee family. Although honey bees are not friendly either, but they sure don’t look as fearsome as these.

Despite the differences, honey bees and Brazilian Wasps have one thing in common; they both have characteristics that contribute to humankind. The contribution of bees is well documented, but recently the Brazilian Social Wasp has been discovered to contain a certain chemical compound in its venom that not only kills cancer cells, but also prevents damaging non-cancerous cells.

How the Wasp Venom Works

Simply put, this venom has a toxic compound by the name of MP1 (Polybia-MP1) which kills only cancer cells. Polybia-MP1 is a type of peptide. The toxin apparently only attacks particular lipids on the cell membranes of cancer cells and creates holes on the surface.

These pores, in turn, leak out essential components without which a cell ceases to function. It especially reduces the proportion of cancer cells in the prostate and bladder region. It has also shown reactivity towards leukemic cells that are multidrug-resistant. Leukemic T lymphocytes also show cytotoxic disruption from contact with the peptide.

“The venom differentiates the cancerous from the healthy cells through the detection of phospholipids PS and PE.”

When the venom comes in contact with healthy cells, it does not find any of the two lipids and thus doesn’t react. On the other hand, when the venom comes in contact with the abnormal cancerous cells, it starts to react with the phospholipids present along the outer lining of the cell membrane. This creates large pores that drain essential components of the cells like its proteins and RNA, killing the cells. 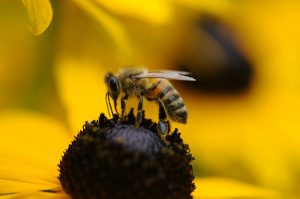 The research paper was published on September 1st, 2015 in Biophysical Journal. They performed a range of experiments using model membranes, imaging techniques, and membrane permeability assays for achieving results.

In fact, the presence of PE shows to change the process of pore formation of the membranes completely. Thus, the MP1 peptide is assessed to work by the synergistic participation of PS and PE together.

In this regard, one of the scientists and co-author of the paper, Paul Beales from the University of Leeds opined, “This could be useful in developing new combination therapies, where multiple drugs are used simultaneously to treat cancer by attacking different parts of the cancer cells at the same time.”

Researchers plan on adjusting the amino acid sequence of Polybia-MP1 to know more about how they function and ways to refine the venom. Thus, the venom can bring hope for oncologists and patients around the world.

Other Variants of Wasp Venom as an Antibiotic Drugs

Researchers from the Massachusetts Institute of Technology (MIT) recently revealed that the venom of wasps and bees can be reused as safe antibiotic drugs for humans. They have repurposed the venom found in South American wasps that consist of a toxin to become antibiotic drugs which are safe to human cells. The antibiotic drugs could kill bacteria that cause respiratory and other infections.