How Effective Are Bug Bombs?

There are a number of products and services on the market that are designed to help you clear your home of invading insects. There are baiting systems, pesticides, and even pest control services. Plus, there’s the bug bomb, which is a somewhat popular way of clearing an entire house of bugs. But do bug bombs really work effectively when faced with an infestation? 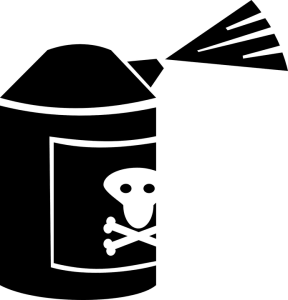 Getting rid of insects can be a time consuming, costly hassle. While there are certain remedies that can be followed to keep many insects out of your home, ranging from keeping trash cleaned up to seal up cracks in your walls and everything else in between, it’s a whole new ball game if the pesky critters have already taken up residence.

There’s a good chance that you might believe what many others believe … that bug bombs are the miracle cure for getting rid of an infestation. After all, they’re billed as a fast and effective way to kill insects in your home. But can they really exterminate every insect?

The reality is no, a bug bomb cannot kill every insect in your home, even if they are employed by professional services. These bombs — also known as foggers — work by filling an encased space with an aerosol poison. The idea behind them is that full exposure to an area, or an entire home, will clear up your insect problem quickly and efficiently.

The problem with this thinking is that insects often hide inside the walls of your home, or within small cracks and crevices. This means that many insects may not be exposed before the chemical in the air dissipates.

The instructions for a bug bomb include opening all drawers and doors and whatnot, and although this does help, it doesn’t guarantee exposure. Moreover, bug bombs could be dangerous to your health and well-being as you might get injured due to improper use.

“A bug bomb cannot kill every insect in your home, even if they are employed by professional services.”

Not at all. Bug bombs can only be effective in killing a sizable number of insects at once, especially when applied by experts in the field. Since a bug bomb’s ingredients are often flammable, professional pest control services are highly recommended.

Pest control companies employ bug bombs as a part of their regimen to ridding your home of an infestation. They use bug bombs as a tool to assist with the extermination process, not just as a crutch.

Instead, they will start with a bug bomb to help clear out a portion of the population. Once that is finished, the service will turn to other methods, which usually entails targeted pesticide applications to get to the insects that are hiding in all those cracks and crevices.***