Mature male and female rats weigh anywhere from 12 to 23 ounces and there are 69 known species of rats.

In a single reproductive cycle, a female rat can give birth to up to 14 offspring.  The duration of the gestation period of female rats is 1 to 2 weeks.

In large rat populations, hierarchical roles are assigned. Rats that are strong and bulky are given power over weaker and less dominant rats.

Rats easily thrive in cities, and rural areas, and are very much capable of migrating from one city to another.

If you need a rat exterminator in Long Island or NYC, call Rest Easy Pest Control. 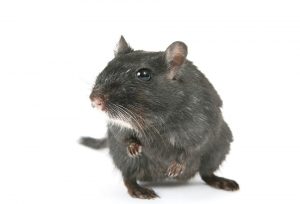 Mature male and female rats weigh anywhere from 12 to 23 ounces. They are 10 to 11 inches long, excluding the tail. Male rats are comparatively larger and bulkier than female rats. Some rats lack a tail and others are entirely furless.

There are 69 known species of rats, classified as follows:

Commonly known as sewer rats or wharf rats, Norway rats have a brown upper body, small ears, and hairless tails. Unlike other species of rats, they are not known for their acrobatic ability and found in underground basements and open fields.

Swimming, however, is their forte. They have an exceptional ability to navigate and live in sewers. They feed on cereals, seeds, meat, fish, and nuts.

Black rats, as the name suggests, have a jet-black appearance with light greyish underbellies. They are covered in fur and have a long naked tail. Unlike Norway rats, they aren’t fond of swimming.

They occupy high grounds, such as attics, rooftops, and trees, owing to their ability to climb. Their daily diet consists of grains, snails, trash, and ripe fruits.

In large rat populations, hierarchical roles are assigned. Rats that are strong and bulky are given power over weaker and less dominant rats. Females are not protected by males. As soon as the female is ready for mating, males mate with it sequentially, in order of their social rank.

Rats are empathetic and form heartfelt friendships. When one of their friends dies, they are extremely saddened, and sometimes refuse to eat for days. Moreover, they remember if fellow rats have been nice to them, and go as far as reciprocating their kindness ― the only animals to do so.

Rats also have a dark side. They are ferocious animals when threatened. They don’t hesitate to defend themselves by any means necessary. They claw, bite, and even attack unfamiliar rats that compete with them for food or shelter.

Rats easily thrive in cities, and rural areas, and are very much capable of migrating from one city to another. It’s quite easy for them to navigate through tricky terrains paved with hurdles. This particular behavior makes them hard to trap or get rid of.

Rats physically mature in the third week and start finding food for themselves soon after. Sexual maturity is attained in five weeks, after which they begin mating to propagate their species.

The lifespan of a rat is from 1 to 3 years. However, due to occupational hazards and habitat dangers, most rats don’t survive for longer than one year.

Rats penetrate soft materials, such as cardboard, light metal sheets, and loft insulation. They nest in attics, rooftops, garages and underground basements ― places that are out-of-sight.

They use newspaper and light fabric to construct their shelter. Look for them in places close to a food source, such as a trash can.

Excrement of a brown rat is a sharpish brown and circular shaped dropping similar to a fragment of grain.

Household rats are famous for their ability to dig and make a pipeline of burrows for sheltering and storing food.

Their bodies have stains of grease and debris that leave a trail on wooden floors and tiles.

You might hear scratching noises when rats climb towards their nest in your rooftop. Black rats are exceptional climbers and can easily access your roofs and attics.

Hearing squeaky sounds at night may indicate their presence. Brown rats aren’t that good at climbing and make grinding noises with their teeth, known as bruxing.

A rodent which inhabits dusty and abandoned areas of the house is bound to leave a trail of dust marks wherever he goes. Use a flashlight to reveal their trail. 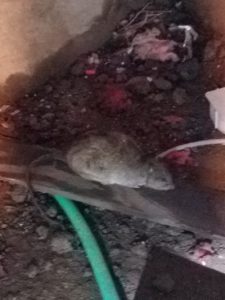 Rats cause massive damage to your property. Their teeth grow to extreme lengths if they are not used for gnawing on objects, such as wood and plastic.

They can even cause electrical hazards, as they have a habit of chipping at electrical cables. Ripped food packaging is also another indication of their bruising activity.

If you’ve noticed any of the signs above, it’s time you applied these preventative measures to protect yourself from the diseases that these pesky rodents spread:

-Closely tighten the lids of your utensils and metal or glass pots containing food.

-Declutter your lawn and pick up ripe fruits.

-Remove excessive appliances from the indoors and outdoors so that the ground is easily visible.

-Don’t add organic food waste to your compost as it will attract packs of rats.

-Clean the dishes before sleeping.

Sometimes, it’s impossible to get rid of rat infestations of your own. In times like these, a pest control service can do wonders.

So, if you’re amidst an uncontrollable rat infestation, seek help from a professional to secure a pest-free environment. Call Rest Easy Pest Control. We offer affordable mouse and rodent control services in NYC and Long Island.*** 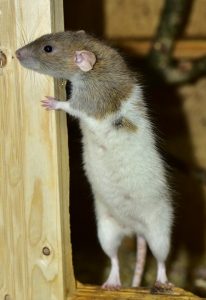