The way we’re taught history in school, you’d think that the most important forces shaping the past were forms of government like democracy, communism, and socialism; or that maybe it was great men who had the biggest hand in shaping historic events—like Alexander the Great, Caesar, and George Washington. But the truth is that pests—specifically ones that caused great plagues—may have been the most important factors determining how civilization unfolded. We see this in the Black Death.

The Black Death had to be one of the all-time worst periods to be alive.

A third of Europe’s population died between 1346 and 1353—an estimated 75 to 200 million people. All this devastation is thought to have been caused by Yersinia pestis, a bacterium that lived on fleas, which lived on rats that came to Europe from central Asia via Silk Road trade routes. 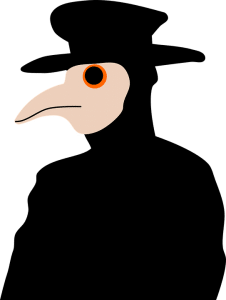 Symptoms started with big lumps in the armpits or around the groin. Eventually it spreads and turns into black spots. Death usually follows soon after, with most people dead within one week of infection. It’s difficult to imagine the chaos the Black Death caused in Europe. Entire cities were reduced to massive graveyards in the blink of an eye. In a time when people didn’t know about cells or microscopic organisms it was thought the plague was God punishing mankind.

Our world would likely look much different today without the Black Death.

Modern antibiotics would prevent something like the Black Death from happening again (we hope). But pests can still cause serious diseases in humans. That’s why it’s important to tackle any pest problem head-on. And the best way to deal with a pest control problem is to let it be our problem. Give us a call so you can rest easy.