Can “Mosquito Repellent” Apps Prevent Us from Their Bites? Scientists Say ‘Not Really.’

Can “Mosquito Repellent” Apps Prevent Us from Their Bites? 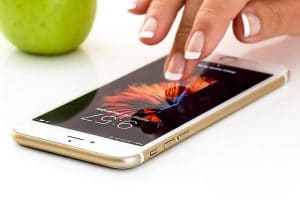 In recent years, many apps claim to be able to repel mosquitoes. And it’s not a joke, one of them is the app called the Anti-Mosquito Sonic Repeller, and it causes smartphones to release a high-frequency vibration that mosquitoes (allegedly) avoid. The app is currently available for free on both the iTunes and Android App Stores.

So are our days of itching bites from mosquitoes over?

Hardly, you probably still need professional mosquito control. The makers of the apps admit that it’s “not 100%” effective. And in marketing lingo, making that statement is basically the equivalent of saying “this product probably doesn’t work at all.”

And, the science also doesn’t back up their claim.

By making a negative statement, the app makers assume no liability if the app does nothing to repel mosquitoes. But by cleverly throwing in the term “100%,” it’s implied that the effectiveness of their product might be close to perfect.

But in reality, if the app were that good, they’d say it—something like “stops 95% of mosquitoes.” 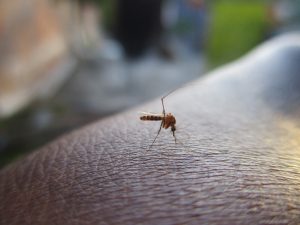 Although the app probably doesn’t work, it could be on the right track.

Insects like mosquitoes experience the world much differently from us—we’re literally on different wavelengths.

Even dogs—who are infinitely more similar to us than mosquitoes are—hear a significantly different range of frequencies than humans.

It’s 100% possible that a device could be made that emitted ultrasounds or vibrations that effectively repelled mosquitoes—and also wasn’t annoying to us.

The sounds emitted typically cover a range of frequencies, some even the sounds of mosquito predators (such as the wingbeat frequencies of dragonflies).

But dragonflies have a wing beat frequency of between 20 and 170Hz and this lower frequency is hardly useful for keeping mosquitoes away or stopping them biting.

Also, it’s highly doubtful that the makers of the apps put the time and money into research, development, and testing to make such a device even close to workable.

Those disturbing sounds produced by mosquitoes come from the beating of their wings. The sounds can vary between males and females.

Each mosquito has its own sound but the noise isn’t only caused by their movement when they’re flying, the tones produced by mosquitoes can also be used for communication between female and male mosquitoes.

Sounds to keep mosquitoes away

Many entomologists said that there’s no scientific evidence that ultrasound repels mosquitoes and can stop them biting.

Researchers who examined 10 field studies about ultrasonic mosquito repellent devices concluded that they have no effect on preventing mosquito bites and shouldn’t be recommended or used.

Studies have even demonstrated that the ultrasound actually increases mosquito bites by the Asian Tiger Mosquito and Yellow Fever mosquito.

Scientists also said that relying on ultrasound technology is nonsense. To avoid mosquito bites, some conventional ways are still considered effective such as using bed nets, lotions, and taking anti-malarial drugs. If people stop taking these precautions, experts said, they are putting themselves at risk.