Cockroaches are a social species of insects. They usually love to live in the dark. They prefer living in moist or damp places.

They usually prefer to live in the dark since they are nocturnal. They are generally found to be living in households, garages, basements, boats, attics, showers, the sewer, and many other places.

When you need a roach exterminator, contact a local professional. 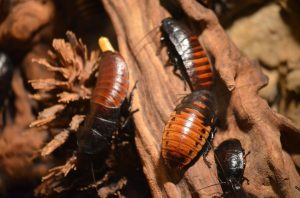 Cockroaches are one of the most common species of insects found in the house. They are easily distinguishable with the distinct patterns of color on their bodies. They have a rounded oval shape. They measure from 13 to 40 mm in length.

Roaches are usually varied in colors. The most common ones are brownish, but Oriental ones are black while the German ones are caramel colored.  They have compound eyes. They have a pair of antennae.

They also have two pairs of wings. The head is bent inward and downward facing. The head is small in size, and they have six legs. The legs are spiny, and the tips of the legs have specialized pads that enable them to maneuver on almost any surface.

There are various types of cockroaches. These different diverse species of Cockroaches are of about 4,500 types. Other than that, the most prominent ones are the American Cockroach, the Oriental Cockroach, and the German Cockroach.

The most common household cockroach species. They can grow up to 53 mm. They are reddish-brown to brown and infest household foods.

Usually found in Asia, they are glossy black. They can grow up to 35 mm. They typically feed on decaying food.

One of the most common species in the world. They are usually 13 to 16 mm long and pale-brown. They live up to 12 months.

Cockroaches are a social species of insects. They usually love to live in the dark. They prefer living in moist or damp places. They become the most active during the night. They usually forage for food and mate during this period.

They secrete a kind of pheromone called cuticular carbons through their feces and on their skin in order to communicate. Unlike a lot of other insect species, cockroaches can distinguish and avoid mating with their relatives. They are very fast movers.

Cockroaches usually prefer to live in the dark since they are nocturnal. They are generally found to be living in households, garages, basements, boats, attics, showers, the sewer, and many other places.

The most common thing about these places is that they are usually found to be unhygienic and damp or moist at the very least.

On the other hand, the reddish species love to live in warmer temperatures and thus choose to live in the sewers or the kitchen and restaurants. These bugs prefer to stay in wall cracks or crevices.

This tendency of cockroaches is called thigmotropic. It means that they usually prefer to live in contact with solid surfaces. Some species like the wood cockroaches live inside wood logs.

The life cycle of cockroaches is pretty fascinating and yet they pretty much go through the same growth process as other insects.

There are three stages of the metamorphosis of cockroaches. As soon as the male and the female copulate, the female starts laying eggs.

The eggs are laid inside an egg capsule known as the ootheca. The female detaches the ootheca from its body on to a hard surface after a certain period of time. This varies according to the species.

From then, 6-7 weeks later, they grow into nymphs. These nymphs go through several series of metamorphosis until they turn into adult cockroaches. These series of moldings can occur from 6-15 times. After shedding, the new exoskeleton is soft and transparent.

The second sign is the presence of feces. The shape of these feces is like sprinkles of grounded coffee whereas the adult droppings look more cylindrical.

One of the other ways of detecting infestations is the detection of unpleasant and damp odors around the places in the house where food is kept.

You may also find dead cockroaches around the house which clearly indicate infestation. Another sign of infestation is the presence of eggs inside hidden places. 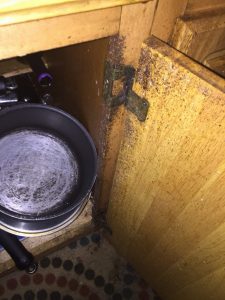 Cockroaches pose a major health threat to humans. The damage they can cause is innumerable. They crawl in secluded and dirty places like toilets and sewers. Thus, they carry pathogens and bacteria with them. Just when they come in contact with food, they contaminate it.

Another significant threat is that they defecate and regurgitate on the food sources after eating. All these infestations can lead to food poisoning. Another reason is the shedding of skin; these particles have been proven to be allergic to kids.

In some cases, they have been reported to have caused asthma in children. Another primary reason is their vast range of food choices. They will eat nails, hair and even paper and leather.

There are many ways to keep them out and most importantly prevent an infestation in the house. The first and foremost rule is to keep the house clean and dry. This will create a non-preferable environment for them.

The second rule is to carefully seal off and store your food since they survive on accessible food. The third rule is to seal off all the holes and crevices in the basement and almost anywhere in the house.

If possible, it is suggested to clean and vacuum the kitchen floor before going to sleep since they forage for food at night. Lastly, there are cockroach killing poisons that are used to kill cockroaches or simply calling for help from professionals should do.

If you have a cockroach problem, call Rest Easy Pest Control. We will thoroughly and effectively treat your cockroach infestation.*** 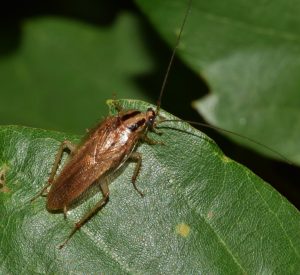