Fleas have sharp claws to affix them to the surface of their hosts to prevent themselves from being detached.

Fleas thrive in the dark, protected and humid places inside the house, and fail to survive in outdoor environments.

Fleas transmit diseases by contaminating the blood of humans and pets. If your pet is continuously scratching its skin, or licking or biting its fur, then it is most probably infested with fleas.

Fleas are tiny wingless insects that attack humans and mammals and survive on their blood. Adult fleas have a brown color and can grow to a length of about 3mm. Their flattened bodies help them to navigate the hairy bodies of their hosts.

They also have sharp claws to affix them to the surface of their hosts to prevent themselves from being detached. Their mouthparts are specifically designed to penetrate the skin and suck blood.

They use their hind limbs to make long jumps. Larvae are undeveloped and have no limbs. However, they do have chewing mouthparts for eating organic matter.

Cat fleas come in shades of dark brown and dark black and are tiny insects with flattened bodies. Like most flees, they lack the ability to fly. However, they possess powerful hind legs to make long leaps and cover great distances.

They are invisible to the naked eye. Adult cat fleas have spines located near their heads, which is also their distinguishing feature. Their size is about a quarter of an inch.

Cat fleas can parasitize a diverse list of hosts. Their preferred hosts are cats and dogs, but it isn’t unusual to find them on opossums, foxes, and skunks. Sometimes, pets catch fleas while loitering in crawl spaces and attics.

But mostly they are carried inside the house through an outside source. Only adult cat fleas are parasites. The female can’t lay eggs until it sucks blood from a host.

Cat flea larvae do not need the blood of a host to survive. They feed on organic debris, and luckily it is found in places where they are deposited by their parents. Their favorite food is fecal matter containing dried blood cells of a host.

Dog fleas bear a striking resemblance to their close relatives, the cat fleas. Dog fleas, like cat fleas, stay committed to a single host throughout their lives, and never leave its blood-rich avenues. However, if they are forced to leave, they don’t hesitate to reside on another host that fulfills their dietary requirements.

Oriental rat fleas are infamous for spreading the deadly bubonic plague in the 18th and 19th century. They infest rodents, especially the Norway rat.

They are also sometimes found sucking blood and breeding on human hosts. Every disease they carry is transferable to the next generation via their eggs.

Their light or dark brown color helps to camouflage them inside the hairy furs of pets. One of the distinguishing features of a female rat flea is its dark textured reproductive organs that are located in the abdominal region and look like tiny sacs.

Fleas thrive in the dark, protected and humid places inside the house, and fail to survive in outdoor environments, especially in locations with intense heat.

The only places where they can survive outside your home are cool, shady, and moist places, especially under the shade of trees and shrubs.

Homeowners are advised to trim bushes, rake out leaves and cut tall mulches and weeds to prevent an outdoor flea infestation.

The lifecycle of a flea starts when an adult female enjoys a blood meal from its host, and lays eggs. The eggs are oval-shaped and white, are deposited inside a pet’s fur, in packs of 20. A female flea can lay more than 40 eggs in a single day.

The eggs are dislocated from the pet’s fur as it moves, causing them to be distributed in or around your home, or wherever your pet walks by.
Eggs can take up to 2 weeks to hatch, depending upon environmental factors.

If temperatures are warm and humidity levels are optimum, eggs can even hatch in a matter of two days. The eggs make up 50% of the total population of fleas in a home.

The larvae can’t survive in the intense light. Their development continues to take place for several weeks during which they feed on flea dirt, which is a mixture of pre-digested blood left by adult fleas, and organic debris from their surroundings.

The size of flea larvae is quarter of an inch. They don’t have legs and are whitish. In a household, they constitute 35% of the total population of fleas. In favorable conditions, they spin cocoons within 20 days of their emergence from the eggs.

The flea pupae contribute to 10% of the total flea population in a household. The flea pupae develop inside the cocoon for several days until the adult flea presents itself.

In harsh environmental conditions, the cocoon shields the pupae from damage for months and years. The cocoon can also protect the pupae from toxic chemicals, courtesy of its sticky outer coating.

The adult flea refuses to come out in the absence of a viable host. It knows if a pet is nearby by detecting levels of carbon dioxide, body temperature, or vibrations.

Fleas are clearly visible in their adult forms. A visible sign of a flea infestation is flea dirt in the fur of an animal. Look for them in the less hairy sections of your pets.

If your pet is continuously scratching its skin, or licking or biting its fur, then it is most probably infested with fleas. A pet gradually losing its hair is also another sign.

Fleas can inflict painful bites on human skin. If you see swollen and flushed areas on your skin or weird blisters that force you to itch the infected area, seek medical attention instantly. And stop scratching because it might contract a secondary bacterial infection and make matters worse for you. 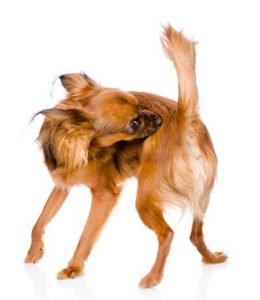 Fleas transmit diseases by contaminating the blood of humans and pets: 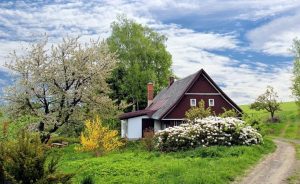