Moths come in a variety of designs and hues. Some are dull and faded, whereas others are vibrant and shining.

There are more than 20,000 known species of moths and scientists have surmised that many species are still undiscovered.

Although moths reproduce for short periods, they can lay a staggering 300 eggs in a single lifetime.

Although their presence isn’t a major threat to human health, they can still cause damage to clothes, books, and other valuable items on a massive scale.

Moths bear a striking resemblance to butterflies and are tiny-scaly insects. Their body is covered in hundreds of overlapping colorful scales that form different designs on their wings. Their scales are feeble and are transformed into powdery dust just by little contact.

Moths come in a variety of designs and hues. Some are dull and faded, whereas others are vibrant and shining. The hind wings and forewings are joined together by a frenulum, which enables the two sets of wings to function as a single unit. Moths also have hairy, leathery antennae ― that are comparatively larger in size than a butterfly’s antennae― and two big compound eyes.

They have a long straw shaped tongue called proboscis that is used to suck nectar and fluids from fruits and flowers. The size of the proboscis varies from species to species. Hummingbird is the only moth species with a proboscis larger than its main body.

There are more than 20,000 known species of moths and scientists have surmised that many species are still undiscovered. The only species that you have to get yourself familiar with are the clothing moths, food moths, and carpet moths because they are the ones most likely to infest your home.

It’s difficult to spot cloth moths at an early stage in their lives because their larvae are tiny. They can sneak into your wardrobes, drawers, and any other place that has items made out of natural fibers.

Mature cloth moths are typically .5-1cm in length and have a light brown appearance. They prefer to travel on foot and rarely take flight. You might often see them plodding on floors.

The larvae of carpet moths are also microscopic, just like their clothes-consuming relatives, making them really difficult to detect at an early stage. Sometimes, homeowners get wind of carpet moth activity when they’ve already reduced the carpet to bare threads. It’s not just carpet that these moths feed on.

They also happily eat cushions, furniture, and other similar natural items containing natural fibers. An adult carpet moth is relatively larger in size than a clothe moth and has a characteristic zigzag design on its wing that is creamy or muddy brown in color.

Food moths mostly inhabit pantries and kitchen cupboards. They are fond of flour, cereal, oats, and other foods rich in carbohydrate and protein content. They don’t cause food poisoning but may cause mild intestinal discomfort when ingested along with the food.

Adult food moths are small ― around 1 cm in length. They resemble adult clothing moths. However, their wings have two different shades that divide them into two distinct sections. The lower half of the wing is dark brown, and the upper half is pale-yellow or cream colored.

Each species of moth has its own unique behavior. Some cause no harm to humans at all, while others may inflict mild to intense pain, and are quite aggressive.

Calyptra moth is infamous for being the deadliest moth of all. It can suck human blood. Some moths can puddle, i.e., they can suck moisture from sweat, organic matter and other sources to meet their daily intake of salts.

Most moth species, however, eat nothing solid and survive on fluids, such as nectar from nighttime flowers. They locate food with the help of their sensitive antennae.

Although moths reproduce for short periods, they can lay a staggering 300 eggs in a single lifetime. Their life cycle varies greatly from species to species. Environmental factors also have a significant impact on their development.

Dark, isolated and hot rooms are an ideal place for them to breed. They need an adequate supply of their favorite foods to grow as well. Some species have very limited lifespans ― only 30 days sometimes. Other species, however, may require three months just to complete their initial development.

The egg of a moth is a millimeter in size and has a green or yellow color. The caterpillar hatches from the eggs and starts to nourish itself on the plant it was deposited on. To grow, a caterpillar sheds its exoskeleton at least 4 or 5 times within 2-3 weeks.

In the next stage, the caterpillar weaves a cocoon of soft silk threads so that it has a safe place to grow into a pupa. The caterpillar undergoes a series of incredible chemical changes inside the cocoon before maturing into an adult moth.

The adult moth is still pretty undeveloped at this stage. Its wings and body are delicate and soft. To give itself some strength, it starts to pump blood to its immature wings. In a matter of hours, the exoskeleton solidifies, and the wings become stiff and rigid. Now, it is ready to find a mate and propagate its species.

A caterpillar gorges on food to fast-track its growth. Most of this food is reserved as fat so that it can be used in later developmental stages, in which it can’t eat, such as metamorphosis from a caterpillar to an adult moth.

Are moths harmful? In some rare instances, YES but mostly ― NO. They have a tendency to attack homes in numbers and stick to our faces and flutter their wings. Quite frequently, they are foolishly seen head-butting into light bulbs.

Although their presence isn’t a major threat to human health, they can still cause damage to clothes, books, and other valuable items on a massive scale. 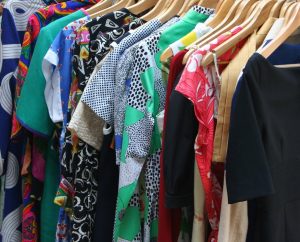