Most tick species undergo three stages in their life cycle ― egg, larvae, adult ― and spend each of these stages on a different host.

They live in diverse environments, including nests, burrows, and dens of their host.

Soft ticks prefer to nest in animal burrows. Female ticks deposit a single batch of thousands of eggs in the host’s nest.

Some ticks require a blood meal to survive and are seen firmly attached to a human’s body. They are easily visible on a pet’s body. 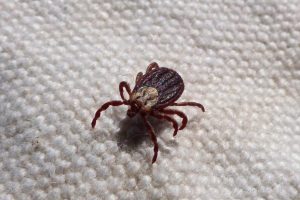 A tick has a capitulum for a head, and an oval-shaped, and compressed body. Adult ticks and nymphs have 8 legs, whereas the larvae only have 6.

The scrotum, which is a whitish hardened plate, is found on the dorsal surface of hard ticks. It is also one of their distinguishing features. It covers one-third of a female tick’s body and the entire dorsal surface in males.

The mouthparts are composed of chelicerae and hypostome and are present on the head (capitulum). They are used to infiltrate a host’s body. Ticks secrete specialized substances during feeding, which help them to attach to a host firmly.

It is one of the most abundant species of ticks on the planet. It infects a wide variety of hosts. The domestic dog is its most-loved host in the United States.

It spends its entire lifespan on the different sections of the dog’s body. The adults attach themselves to the toes and ear, whereas the nymphs and larvae occupy the hair on the back.

Brown dog ticks are found in large numbers in outdoor environments during the entire year, and especially in summers. Most scientists believe that this species cannot survive in the intense cold. It has a characteristic red-brown color, which isn’t found in any other tick.

Adult American dog ticks primarily infest dogs but also nest on other larger animals. The larvae and nymphs reside on wild rodents, such as rats. Newly hatched larvae are yellow and have distinct red spots around their eyes.

Larvae are similar in appearance to nymphs but have 8 legs instead of. Adults assume a slate-gray color when fully engorged. This is one of the species that is responsible for tick paralysis and carried the pathogenic organism that causes Rocky Mountain spotted fever.

The nymphs and adults of this species are very much capable of attacking humans and are commonly found in places with groundhogs.

Also known as the blue bug, the common fowl tick is commonly found in places swarming with poultry. It may cause fatalities to chickens, and transmit diseases in humans.

Soft ticks prefer to nest in animal burrows. Female ticks deposit a single batch of thousands of eggs in the host’s nest. Ticks, like most pests, are nocturnal, i.e., they hunt for hosts at night. Their stay on a host’s body is rather limited. Hard ticks might spend several days on a host’s body, feasting on its blood, while soft ticks detach themselves in a matter of days.

Hard ticks exhibit a unique eating behavior known as questing. They stretch themselves on a blade of grass and patiently wait for a host to pass by. They can’t hop on to a host.

Questing isn’t an effective method because it requires a lot of waiting on the tick’s part. However, it isn’t still a well-thought technique. Ticks have specialized structures to detect changes in carbon dioxide levels in the environment, which helps them to locate potential hosts when they are nearby.

They can also sense subtle movements, and have eyes. Some hard tick species don’t waste a lot of time questing. Once they find a host, they spend whatever life they have on it. And that is why they are known as single-host ticks.

The preferred habitat of a tick varies depending on its species. They live in diverse environments, including nests, burrows, and dens of their host. In dry climates, they are vulnerable to desiccation, and therefore require a humid environment to thrive.

In households, ticks are mostly found in tall mulch, grass, fenced areas, leaf litter, near the surface of plants, and around woodpiles where potential hosts are living.

Larvae wait for hosts on the surface of the vegetation, whereas nymphs and adult ticks occupy higher grounds, such as top-most leaves on a shrub.

Most tick species undergo three stages in their life cycle ― egg, larvae, adult ― and spend each of these stages on a different host. Six-legged larvae emerge from the egg and kick start the life cycle by parasitizing their first host. The tick also gets infected with pathogenic organisms in the larval stage.

After completing its growth on the primary host, the larva detaches itself and undergoes six to 8 molts to become a nymph. The nymph then seeks out its own host, on which it feeds itself, and once it is done, it also falls off and molts to an adult tick.

The adult tick then infests the third and final host. After spending its allotted time on the third host, the female lays thousands of eggs into the leaf litter before dying. Depending on the species of the tick, the life cycle takes 1 to 3 years to complete.

Some ticks require a blood meal to survive and are seen firmly attached to a human’s body. They are easily visible on a pet’s body.

Ticks keep on changing locations on a host’s body but are mostly found in warm and moist regions, such as the scalp or groin. Once they are nested in, they bury their heads inside your skin and inflict painless bites.

If you’re wary of a tick infestation, check your and your pet’s body, and look for any brown or black spots.

If one of your family members develops an illness associated with a tick species, then your house is most probably infested with pests. 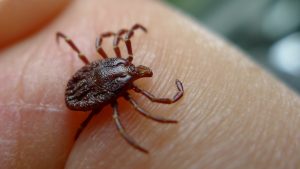 Some ticks have sumptuous blood meals and can transmit diseases from one host to another. The most common diseases caused by ticks are:

Several insecticide sprays are readily available on the market that can help neutralize ticks inside the household.

If you’ve recently been to places that are most likely a tick’s habitat, check your and your kid’s clothes carefully before returning to your residence.

Wearing long-sleeved shirts is also a precaution that needs to be taken to prevent ticks from latching on to you. Wearing an insect repellant while hiking on trails also helps.

Ticks hate dry environments, as they are liable to desiccation, and steer clear from short vegetation. Declutter your lawn, and keep it neat and clean. Unkempt lawns call for a tick invasion.

You can also spray your lawn or garden with pesticides to elude the lurching danger of ticks.

Finally, if you can’t handle your tick infestation and need an effective treatment, call Rest Easy Pest Control. We offer an affordable tick control services in NYC and Long Island.*** 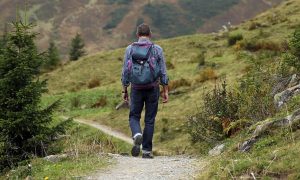