How to Get Rid of Spider Infestation

How to Get Rid of Spider Infestation

To get rid of spider infestation in your apartment, it’s imperative that you know how to get rid of them. 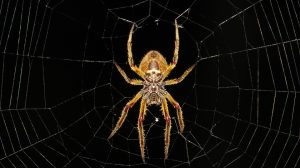 Some people could argue for hours that spiders should not be considered pests. At least, not most of them. After all, spiders eat other insects. How much do they eat? Some experts say that spiders consume up to 800 million tons of prey each year, making them one of the world’s most ravenous predators.

Most of their victims are insects and other animals such as frogs, lizards, fish, and small mammals. The idea goes a long way to support the fact that spiders are needed to maintain stability as they make a vital contribution to maintaining the ecological balance of our environment.

However, when you take the effect of spiders on a case-by-case basis, you’ll find that some homes have far too many than members of your house or apartment can handle. If left unchecked, you could have a full-blown infestation on your hands.

There are many ways to get rid of spiders from inside your home or apartment. We have heard on the news that many people are trying to kill bugs and spiders by burning them. Not only killing the arachnids, they also set their living place ablaze.  The last incident happened early this year when a man in California accidentally set his apartment on fire in an attempt to kill spiders.

Since spiders do such a great job at killing insects for us and keeping them out of our homes, perhaps it would be better to remove the arachnids rather than kill them. One way to do this is to concentrate on the ones that spin webs to catch their prey. Without a web, most spiders won’t have a way to obtain food.

Learning how to get rid of spiders can also begin with getting rid of their livelihood. Most spiders rely on the creation of webs to catch their prey, whether you’re referring to flies or other small insects.

Once a bug is unfortunate enough to get caught in the web, the spider will encase the victim in webbing and devour it, which is why a web in a prime spot will be discovered with a number of dead insects beneath it.

Creating a web takes quite a bit of energy. In fact, if a spider isn’t getting any food from its trap, it will often ingest its own web as a way to reclaim some of the protein that is used to make it, and then move on. To speed up this process, all you need to do is remove its way of catching food.

To be most effective, you should remove cobwebs immediately after discovering them. If you remove them from your home, the spiders are very likely to hunt for a new place to call home, which will hopefully be somewhere outside your apartment. 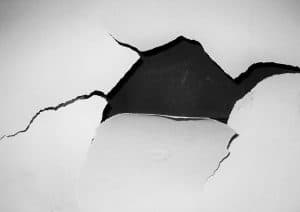 Like many insects, spiders enter your apartment from outside through cracks and gaps found throughout your home. Many of these areas occur around doors and windows, especially in an apartment.

If you want to stop an existing spider infestation in an apartment from becoming worse or stop one from occurring in the first place, you’ll want to seal these problem areas as soon as possible.

Depending on the size of the cracks and gaps, you’ll be able to employ the use of either caulking, expandable spray foam, or weatherstripping.

Spiders feed on other insects. The reason why they hang around your house is that they tend to go where the food goes. If your house has a tendency to be home to a number of bugs, spiders can sense this and will take up residence in your house.

There’s no reason for them to go out foraging for food if they can simply have access to a smorgasbord in the safety of the indoors. If you take steps to eliminate other insects, the population of these arachnids will quickly decrease since they’ll need to find a better place to wine and dine. 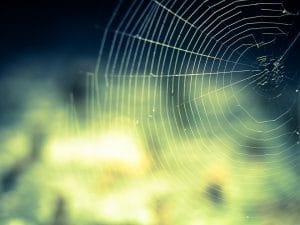 “If your house has a tendency to be home to a number of bugs, spiders can sense this and will take up residence in your house.”

Spiders actually taste through their feet, so if you can find something they don’t like and spray it around door frames and window frames, this should keep at least some of them from entering your home.

The most popular natural spider repellers are citrus-based. Lemons are popular for those who are looking for a way to keep spiders out of their home. If you’re using actual lemons, and not a store-bought spray, you need to create your own spray by combining the lemon juice with water.

Spraying poisons as a last resort

There are times, however rare when a spider infestation in an apartment cannot be solved without the use of more drastic measures. Although arachnids can be quite beneficial, you may reach a point where the number of spiders is simply too much to bear.

If you are beginning to find them in every room and on a regular basis, or wake up with spider bites, spraying poisons may be your best bet to solve the problem quickly.

If you do decide to spray for spiders, be aware of any children or pets that may be exposed.

So you may be the type of person who prefers handling these things on their own. This is fine as long as you know how to find and identify the source of the infestation of spiders. If you can’t successfully find the source, it is better to just leave the problem in the hands of someone who can.

Spiders can breed fast, and there are some species of spiders that are dangerous because they are poisonous. And before long, spiders could overrun your entire property. Don’t take the chance of having this problem get worse by ignoring that a problem even exists.

Once you notice that there is a problem with any one particular type of spider, give our NY exterminators a call at Rest Easy Pest Control. We act immediately to get you the quality of service that will help us to rid you of your spider infestation problem completely.

The benefit of having a trained professional treat your spider infestation problem is that they are not only able to find the source of the problem, they know how to treat the problem so that it is wholly eliminated successfully. You don’t have to find out the hard way (like set your apartment on fire) or how deadly being bitten by a spider can be if you seek help for the problem immediately.***