Where Do Spiders Go in the Winter

How They Survive Winters in New York

In warmer months, we can easily spot loose and tangled-looking webs of spiders, dangling on the corners of walls or ceilings, including in our homes. But where do they go when cold months come approaching? 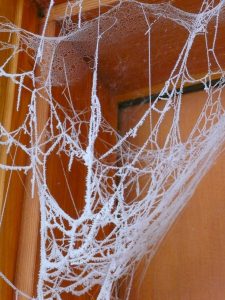 We might have found ourselves wondering where spiders go in the cold months of winter. In warmer months, we can easily spot loose and tangled-looking webs of spiders, dangling on the corners of walls or ceilings, including in our homes. But where do they go when cold months come approaching? Do they hide and hibernate? Do they die off? Or can they survive the harsh condition of New York winters?

Well, actually they can.

Like reptiles, amphibians, and fish, spiders are cold-blooded animals. It means that their body temperature fluctuates along with the external temperature. But unlike other animals and insects which can survive New York’s winters as eggs, spider eggs can’t survive being frozen. However, experts say, they do have different ways to continue to live and overcome winter.

Fall is mating season for many of hunting spiders such as tarantulas and trapdoor spiders. It is the time when sexually mature males come out from their hiding place and scurry around to look for the females to mate with. Other types of spiders such as wolf spiders, jumping spiders, and running spiders lay their eggs in spring.

Spiders can produce multiple silken sacs to lay their eggs, on average 100 eggs in each sac, to keep them warm. Those sacs might be affixed to a surface, hidden in the web, or carried by the female. So, when the eggs hatch, baby spiderlings can spend wintertime in a cozy, pleasant sac formed by their parents. 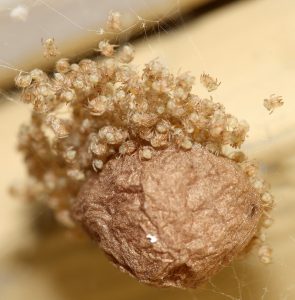 Spider egg sac by Richhoyer99 [CC BY 3.0 ] from Wikimedia Commons

Spiders can develop adaptations to below-freezing temperatures by building antifreeze compounds up in their bloodstream. These compounds function similarly to the antifreeze used in our car engines. They allow the spider’s tissues to remain unfrozen.

Antifreeze compounds won’t be sufficient to save spiders from the harsh New York’s winters. Spiders also prepare to overcome the challenging New York’s weather by building their webs in cracks of bark and leaf litter. For common house spiders, they usually will go to neglected places like garages and lofts.

The Importance of Spider Control

Rest Easy Pest Control in knows how to get rid of spiders and crawling insects in winter. You might notice these small critters hanging around your home, but you might not consider them to be too much of a problem until they have completely taken over your space. It is possible to get rid of spiders by getting the right type of exterminating service to handle the job.

In New York, many people rely on the services of Rest Easy Pest Control to help rid them of their spider and crawling insects problem.

As soon as you notice that there is a problem with spiders, give us a call to attend to the problem before it spreads to other areas of your property.

When this occurs, you will often experience a much more challenging exterminating process. Not only will it take longer to ultimately address the problem, but it will also likely be more expensive.

Why Use Professional Spider Control Service

Some people will try to handle the problem on their own but soon realize that this isn’t the solution for permanently getting rid of the problem. The products that are purchased from the local hardware store are ineffective in treating the source of the problem.

There are thousands of spider species in New York, and you can never be sure which ones pose a serious threat and which ones do not. This is why we strongly encourage our customers to have routine spider control services. This enables us to treat a problem before it becomes a full-blown infestation.