Almost every pest we deal with (cockroaches, mites, ants, mosquitos, etc.) is an arthropod. The word comes from combining the Greek “arthron” and “podos” which mean “joint” and “leg,” respectively—a reference to the jointed limbs of arthropods. 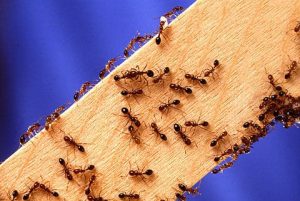 Arthropods are also known for their cuticles (hard exoskeletons composed of α-chitin). These rigid structures are like armor, protecting the bug from external attacks. The cuticles don’t grow, so they have to be periodically sloughed off via molting.

The entire body structure of an arthropod is segmented, with the major divisions consisting of a head, a thorax, and an abdomen. Instead of blood enclosed in vessels, arthropods have an open circulatory system consisting of hemolymph—a blood-like substance that sloshes around and bathes their organs. Arthropods are classified in the phylum Arthropoda, which includes crustaceans, arachnids, and insects.

“By numbers, arthropods are the most successful group of multicellular organisms on Earth.”

They make up over 80% of all animal species—there are more than a million species of arthropods—and dominate most of the biosphere’s ecosystems. It’s been estimated that there are around a billion insects on Earth (or over 100 million insects for every living person). And insects are only a subgroup of arthropods.

And arthropods have dominated humans regarding reproduction. It might seem like we are superior, given the civilizations we’ve built and all the things that modern technology allows us to do. But biblical-scale, cataclysmic events have occurred on Earth before, events that have wiped out the vast majority of all living species.

If something like that ever happened again (whether the result of a meteor, a super-volcano, or a nuclear war), the arthropods—given their enormous numbers and huge diversity—would probably have a better chance at long-term survival than people.

But if arthropods are giving you a problem, they have no chance of surviving the pros at Rest East Pest Control! Give us a call today so you can rest easy.