There are more than 900 species of crickets found across the globe, each with their own unique appearance. Despite their differences, the cricket life cycle is similar across all species. 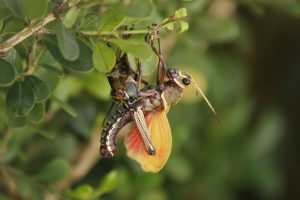 Crickets are found in a variety of colors ranging from brown, green, red or black depending on the species. Regardless of the species, every cricket passes through three developmental stages which include:

Even though the developmental stages are similar, the time a cricket will spend in each stage can vary slightly between species.

The cricket life cycle is considered an incomplete metamorphosis because there is no pupal stage, and after hatching, cricket nymphs look just like adult crickets only smaller.

The distinct chirping sound crickets are famous for is actually male crickets trying to attract female crickets for mating. The sound is produced by their wings scraping together.

After mating females become fertile, and begin to search for a suitable place to lay their eggs. Usually they prefer to lay eggs in damp and humid places. Once they find an area with the right conditions they start laying eggs at a rapid pace. Females deposit their eggs with the help of their ovipositor, which is a tube-like organ.

A single female crickets can lay anywhere from 100 to 200 eggs in her lifetime.

The life of a cricket begins with an egg. After approximately 14 days the eggs will begin to hatch, and nymphs will start to break out of their shell. The nymphs then slowly dig out of the damp substrate they were lying in.

Nymphs are basically young versions of adult crickets. Even though they resemble adult crickets in appearance, they have a few differences:

A nymph has to undergo molting to develop and grow into an adult. During this process they shed their hard exoskeleton, and develop a new one according to their growing body size. The new exoskeleton is initially soft, and a milky white color. Eventually it will harden in only a few hours. A nymph has to molt 8 – 10 times to fully develop into an adult, and usually takes a month to completely molt and start growing its wings.

The only requirement for a cricket to be categorized as an adult and fully mature are the development of wings. Once they have achieved this they pursue their life purposes, which is essentially eating and mating. Males will produce sounds to attract females for mating. Upon fertilization female crickets lay eggs, and the whole cricket life cycle begins again. 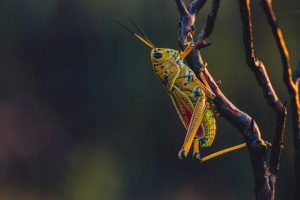 The lifespan of an adult cricket is around 6 weeks, while the life cycle usually takes 2 – 3 months to complete, depending upon outside conditions. The favorable temperature for crickets to thrive in is between 80°F – 90°F.

Crickets are generally categorized into four main groups. Whether in urban or suburban surroundings the following types of crickets are the most common: