We Use Effective and Non-Invasive Bed Bug Treatments

Here at Rest Easy Pest Control we take pride in exclusively using pesticides that regulators have deemed safe and effective for NY bed bugs and all other pests. 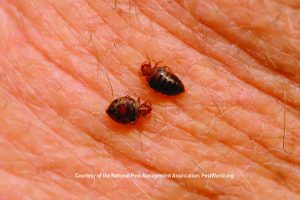 Recently a Rutland, Vermont couple reached a settlement of $450,000 with an agency who hired an exterminator that used a banned pesticide in their home. This ended up rendering their home uninhabitable. As a result the couple agreed to drop their lawsuits against several Vermont state agencies. They believed that these agencies bored some of the responsibility.

The couple had sought help for a bed bug problem. The exterminator they hired in April of 2013 apparently left surfaces that were “visibly dripping” with the illegal pesticide, chlorpyrifos. This is an organophosphate pesticide that was developed by Dow Chemical in 1965. It goes by the trade names Lorsban and Dursban. 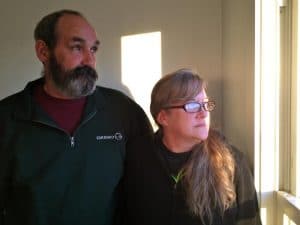 A Rutland, Vermont couple recently reached a settlement of $450,000 with an agency who hired an exterminator that used a banned pesticide in their home (Photo Credit: VPR)

It wasn’t long before the couple sensed something was wrong. Afterwards they called inspectors who told them that their home had high levels of the banned, and potentially harmful, pesticide. This forced them to leave their house along with their foster daughter and 16-year-old son. They claimed their son had lost 30 pounds from illnesses from exposure to the pesticide.

According to the couple’s attorney, “this [the settlement] will allow them to start their life over with a little cushion. It’s been a difficult last few years for them.”

This sad and unfortunate situation underscores just how important it is to choose a reputable and trustworthy pest control company. Just because a bed bug exterminator has a license doesn’t mean they’re a legitimate professional. Rest Easy Pest Control has an excellent reputation for consistently doing quality work, especially when it comes to exterminating bed bugs.

At Rest Easy Pest Control we have an effective and non-invasive approach to bed bugs. By providing visual inspections, along with canine inspection, we can identify whether in fact you do have bed bugs or not. Then we can chart the depth of the problem quickly. This is an important first non-invasive step toward getting rid of these pests. 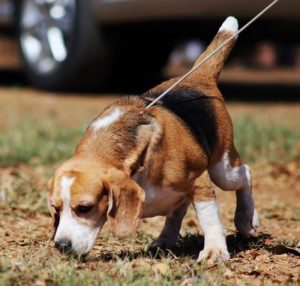 At Rest Easy Pest Control technicians and canines receive special training to become NESDCA (National Entomology Detection Canine Association) certified. Our bed bug sniffing dogs are 95% effective in detecting bed bugs and their eggs. This approach does not require moving a lot of furniture around.

If we do not find bed bugs then we can still help you in figuring out which pest your are being plagued by. However, if we do discover bed bugs or their eggs, then we remove them for you with very little preparation on your part for treatment.

It’s rare that we find such a massive bed bug infestation that requires further prepping on your part. So, we only ask that you follow our low effort instructions. We can treat bed bugs effectively over the course of a short span of visits.

Facts About Foggers for Bed Bugs

For years pest control specialists have been warning that over-the-counter foggers for bed bugs are an ineffective method for eliminating bed bugs. Now there is proof that they’ve been right in a study by Ohio State University entomologists published in the June 2012 issue of the Journal of Economic Entomology. They determined that foggers (a.k.a. bug bombs) available to consumers are not effective in killing bed bugs. 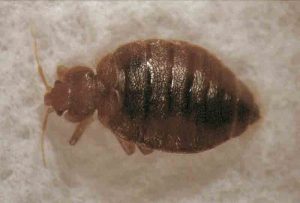 Ohio State researchers tested three leading fogger brands purchased at a national retailer to see if they work. One of the foggers was labeled specifically for bed bugs while the other two were for flying and crawling pests. All three contained pyrethroids as their primary ingredient.

The research was conducted in three rooms of a vacant building using five different bed bug populations. All five were collected from nearby homes. As a control group, they also included a strain of bed bugs known to be susceptible to pyrethroids.

The three over-the-counter foggers had little to no effect on the five populations. The control group had a high mortality rate, but only if they were in the open. This emphasizes the futility of using foggers for bed bugs. They are experts at concealing themselves in cracks and crevices. It’s very unlikely that bed bugs are actually exposed to the foggers. Even if they are, many bed bug populations are resistant to pyrethroids, concluded OSU entomologist Susan Jones, one of the researchers.

“The nature of these foggers is such that they don’t penetrate in cracks and crevices where most bed bugs are hiding, so most of them will survive.”

“If you use these products, you will not get the infestation under control, you will waste your money, and you will delay effective treatment of your infestation. Bed bugs are among the most difficult and expensive urban pests to control. It typically takes a professional to do it right.” 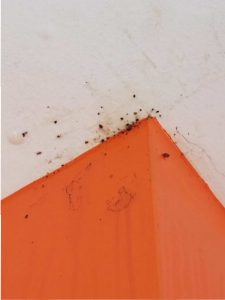 We have years of experience working throughout the New York City and Long Island areas. Our latest techniques are effective in both apartment buildings, units, homes, and office buildings.

As a local pest control company you deal with our team directly at all times. We get the job done right the first time. We can also develop a customized and comprehensive plan to help prevent future bed bug infestations.