The Rise of Invasive Mosquito and Tick Diseases

The Rise of Mosquito and Tick Diseases

According to US federal health department statistics for the period between 2004 and 2016, there’s been a three-fold rise in the number of people suffering from mosquito and tick diseases, from 27,000 cases to 96,000 cases. 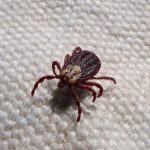 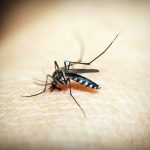 However, according to the authorities, the survey statistics may as well turn out to be the tip of the proverbial iceberg. While 35,000 cases of Lyme disease were reported, authorities estimate that the actual number must be nearer to 300,000 Americans.

While you don’t as yet have to scrap the idea of lazy summer snoozes in a hammock or shelve plans for outdoor games like football or softball, the danger of contracting diseases from outdoor pests is very much there.

The CDC reports also points out that Lyme disease, rabbit fever, anaplasmosis, babesiosis, Powassan virus, Rocky Mountain spotted fever and many other tick-borne diseases are spreading at a constant pace in California, the upper Midwest and north-eastern parts of the US.

Further compounding the problem, tick-borne diseases like Heartland virus are making a debut across the US while a host of established diseases such as Lyme disease are showing an upward trend. Elsewhere, thanks to mosquitoes, diseases like dengue and Zika are threatening offshore territories such as Puerto Rico.

“While you don’t have to scrap the idea of lazy summer snoozes in a hammock or shelve plans for outdoor games like football or softball, the danger of contracting diseases from outdoor pests like mosquitoes and ticks is very much there.”

Behind the Rise of the Tick and Mosquito-Borne Diseases

Even as experts hold warmer than usual weather conditions responsible for extraordinary growth in such diseases, they shy away from blaming politically touchy aspects like global warming and climate change.

However, other factors like growing jet air travel and shortage or lack of vaccines are supposed to be contributing factors to the problem. Incidentally, climate change has worked positively in different ways for different pests – regions initially too cold became warm enough for the ticks to thrive, while hotter climes are sparking epidemics fuelled by mosquitoes.

Also figuring on the list of culprits are seemingly innocent trends like smoother travel between continents is one such factor. Increased jet travel, especially from the tropics, has facilitated the speedy transit, through infected people, of previously unknown viruses over long distances. 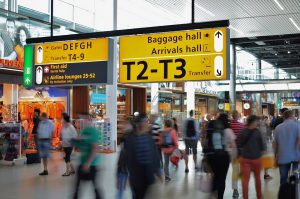 Distances that used to take months or even years for a virus to travel a few decades ago are now traversed in days, thanks to jet-powered air travel. Reforestation programs in city suburban areas have also unintentionally contributed to the problem.

Due to sustained reforestation efforts in city suburbs, traditional tick hosts like deer and rabbit have flourished, and their numbers increased substantially.

“Other factors like growing jet air travel and shortage or lack of vaccines are supposed to be contributing factors to the problem.”

The saving grace is the occasional fund infusions they get when facing major health scares and epidemics. One such instance being, the Zika scare in 2016.

The ground reality as evidenced in a recent survey shows that a staggering 84% of local health department facilities are short of basics like surveillance as well as testing pest resistance to pesticides.

The studies show that pest problems are acquiring a brand new dimension and the situation might go beyond control if necessary measures are not taken soon enough.

Apart from strengthening the local health support system, it also becomes essential for citizens to keep the premises clean and pest-free. You can keep mosquitoes and ticks at bay and bring good health into your lives. One of the efforts to prevent mosquito and tick bites is by applying DEET.

DEET or diethyltoluamide is known to be the most common ingredients in insect repellents to repel biting insects such as mosquitoes, ticks, flies, chiggers, fleas, and leeches. A recent study has revealed that the chemical acts not by repelling insects or bugs, instead, by confusing the insects’ brain. When DEET is present, the insects’ senses are confounded as they will act strangely and thus repel the insects. ***