5 Essential Roles That Roaches Serve in the Environment

What If Cockroaches Were Extinct?

5 Essential Roles That Roaches Serve in the Environment

The hate towards cockroaches has let people wish death upon them so much so that they the entire cockroach species to get extinct from the face of the earth. But what will happen next? What purpose do roaches serve in the ecosystem?

If we have to name one insect which is despised by everyone across the globe, then it won’t be any other insect than cockroaches. Everyone hates them, and their presence makes people uncomfortable.

At times, we send professional cockroach exterminators into the trenches to kill numbers of them. These matters are necessary because roaches do not belong in our homes. Sometimes, however, one may wonder the effect of killing countless roaches a day as control methods get better.

What will happen next? What purpose do roaches serve in the ecosystem and how will it be affected if roaches go extinct? 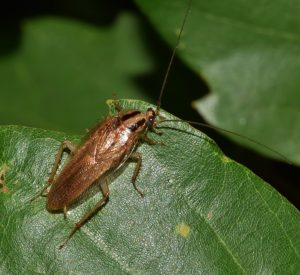 #2. Food for Birds and Mammals

There are around 4,500 cockroach species in this world and besides wasps; cockroaches are a significant food source of several other living creatures, even humans are known to eat roaches in some cultures.

Various birds prey on cockroaches. In fact, cockroaches comprise more than 50% of the diet of the red-cockaded woodpecker. It’s an endangered species, and this fact sheds light on the importance of roaches in the food chain.

Moreover, reptiles like the desert lizard and small insectivorous mammals like rats, and mice also prey cockroaches. Though unlike Parasitic wasps, they don’t solely rely on cockroaches for their survival, if roaches will be eliminated from planet earth, then this will undoubtedly cause a dent in the population of these species.

Roaches in House: 6 Reasons Why the Pesky Roaches Can Thrive in Your Clean House

Though not directly, cockroaches are part of the food chain of several bigger animals like cats (both wild and domestic), coyotes, wolves, reptiles, eagles and other birds.

These animals and birds prey on rats and mice, and if their population will be affected because of the dearth of cockroaches, it will indirectly affect the population of these animals and eventually, the entire wildlife will be affected. Rats and mice getting extinct from earth aren’t bothersome for most people, but a world without cats and birds won’t be a pleasing site. 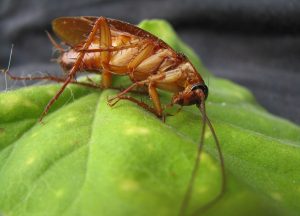 “If roaches will be eliminated from planet earth, then this will undoubtedly cause a dent in the population of these species.”

Besides being a food source for other living creatures, roaches have a more significant role to serve in the ecosystem. Forest roaches are expert in consuming leaf litter and other plant materials. The microbes in their bellies help them break down the degrading plant material which is indigestible for other creatures.

After roaches breaking down the organic material, they disperse it around in the forest which is then consumed by the microbes there. Some of the cockroach species also help in pollination in tropical regions.

You might not have heard about this, but in the forests, cockroaches are a major source of nitrogen which is vital for the growth of trees and essential for the habitat.

Roaches feed upon decaying organic matter, leaf litter and wood around it. This material traps a lot of atmospheric nitrogen in them, and when cockroaches feed upon them, they release the trapped nitrogen into the soil (through their feces). Plants and trees then take in that nitrogen and it helps them grow.

Extinction of roaches from earth will largely impact forest health and indirectly will disturb life cycles of all species living there. Roaches’ extinction will disrupt the nitrogen cycle, nutrient recycling and there will be heaps of litter, debris, and dirt in forests and areas around.

Thus, we can state that no matter how unpleasant their presence is, but these roaches play a substantial role in the survival of the ecosystem.