Prepare to Lookout for These Pests in the Spring Months

Prepare to Lookout for These Pests in the Spring Months

Although pests are prevalent throughout the year, some are more common during certain months as compared to the rest of the year. Here are 7 common spring pests that you’re likely to encounter in and around your property.

While some prefer the warm months of the Summer season, others will appear in large numbers during the cold months of winter. You need to know which pests are present in certain periods to be well prepared to prevent them from haunting your place. Let’s see some of the pests that you ought to look out during the spring months: 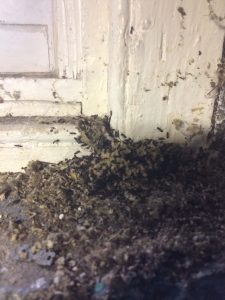 Ants normally come out of the ground and swarm the earth during the warm months of Spring, particularly March and April.

If you see dark-colored insects, each with a body that’s approximately half an inch long, roaming in or around your house during these months then you could be dealing with an ant infestation.

Ticks are normally found in wooded areas, but they can also get into indoor areas through pets, mostly dogs, as well as humans. They are in larger numbers in grasslands and homes during March and April as compared to the rest of the periods of the year.

These bugs suck blood from their hosts (which include domestic animals and humans) for survival and put them at risk of contracting pandemics like Lyme disease, equine encephalitis, and babesiosis.

A tick is wingless, flat and oval-shaped and usually falls off from a host after several minutes or days of feeding as it waits to develop to the next stage. Ticks tend to hide, beneath the arms and inside the belly button of a host.

Don’t spare a tick if you find it anywhere in your house or attached to your dog, yourself or your loved one; remove and kill it immediately. Then, treat your home against the bloodsuckers using an approved treatment. 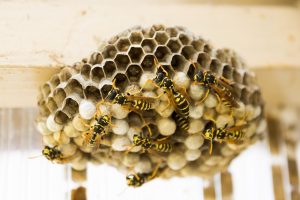 Wasps are some of the most common stinging insects in and around human dwelling places. A single wasp wandering around your home is not of a much concern but the real problem comes when they make a nest on the eave of your building or somewhere nearby.

Even a slight provocation of these pests can make them go crazy and sing anyone nearby. Therefore, it is advisable that you don’t handle them on your own but instead hire a licensed wasp exterminator to get rid of them. 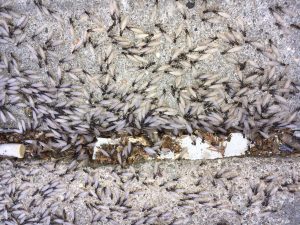 Termites are tiny pests but you can’t afford to underestimate the extent of damage that they can cause on your property. They feed on wooden items and their presence at your building can lead to serious damages on its wooden structures.

Since it is hard to detect these destructive pests before they cause serious damages on your property due to their 24/7 activity, it is paramount to have your area treated against them early enough before their season, preferably on February. 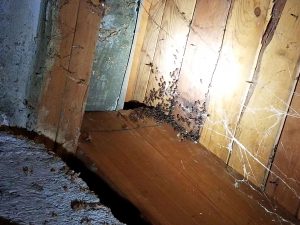 Carpenter ants remove wood while they are forming galleries and tunnels through wooden items. If your wooden structure sounds hollow and has some rustling noises coming from it, there are high chances that it is under an attack by carpenter ants.

Another sign of a carpenter ant infestation is a frass pile resulting from the debris such as sawdust that the pests remove from a wooden structure.

House Bugs in the Spring: 7 Ways to Prevent the Nuisance Pests Coming into Your House 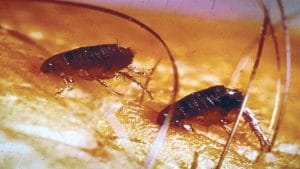 May and June are fleas actively frequent homes to get hosts to suck blood from their hosts, especially dogs and cats, as well as to get ideal habitats for their survival.

A flea infestation is characterized by itchy dogs and cats, and these animals may also be seen chewing themselves as they try to remove the bugs from their bodies.  Treat your home against fleas when May approaches. 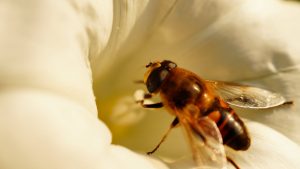 Carpenter Bees are also more prevalent during May and June as than other moths. A carpenter bee is hairless, shiny and with a black abdomen.

A carpenter bee colony near or at a human dwelling place is dangerous as the female ones can sting people when they are disturbed. They burrow holes into rough, unfinished wood hence causing serious damage to some valuable wooden structures.***