Stink Bug Season Is On The Way, Here’s A Tip To Protect Your Home 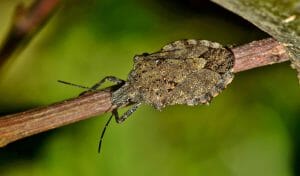 An interesting pest, stink bugs don’t bite or sting, so you don’t have to be fearful of waking up in the morning with red spots and itching. They don’t chew wood or damage your home in any way. And they don’t carry disease. Stink bugs are an unusual insect because they are not directly harmful to humans.

They simply live out their days searching for food and trying to survive. In fact, the only problem that most people consider about stink bugs is their rancid odor, which can be released if you touch them, frighten them, or — sometimes — even get near them.

However, homeowners who have a garden or indoor plants do need to be concerned about stink bugs, because they are known to destroy entire crops, which means your vegetation won’t stand a chance.

What Are Stink Bugs?

Whoever came up with the name “stink bug” may not have been terribly clever, but they were definitely accurate. The pungent odor of a stink bug has been compared to coriander. Some people hate the smell of coriander, while others love it. But no one likes to think of their home as infested with bug air-fresheners.

Stink bugs are shaped like tiny shields, a little over half an inch long and just as wide. They are mostly brown but have a colorful outer shell with hints of blue, black, copper, and white, arranged in a mosaic pattern.

A stink bug looks similar to other insect species, and the best way to identify them is the characteristic white bands on their antennae. Their smell is a defensive maneuver to prevent them from being lunch for lizards and birds.

Why Did They Get Here?

Stink bugs aren’t native to the U.S. It’s thought that they were accidentally brought here in packing crates from China or Japan. The first recorded case of American stink bugs was in 1998 in Allentown, Pennsylvania. Stink bugs are now found in more than 30 states.

What Do They Eat?

Aside from infesting homes, stink bugs are major agricultural pests, feeding on some host plants, fruits, vegetables, ornamentals, and legumes. Stink bugs also feed on tree leaves. To feed, stink bugs make holes on agricultural products and take out sap that carries food through a plant. The USDA has created an artificial pheromone that is used as bait for stink bug traps.

Stink bugs have also been irritant pests for home gardeners in the US, especially in Delaware, Maryland, and Virginia. The nuisance pests tend to eat the foliage of certain trees like black locust, maple, ash, and catalpa trees.

How Do They Get Inside Your Home?

Stink bugs get inside your house through small cracks and gaps in your walls, floors, and foundation. Window and door frames are common ways for them to sneak inside, as well. It’s also likely that the bugs are coming into your house because they eat the foliage of trees surrounding your house. 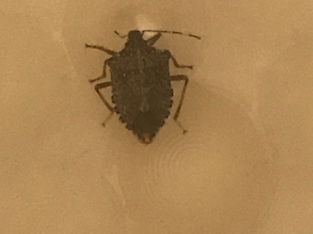 Stink bug in a bathtub

“Stink bugs are active in March and April and they become very active during the fall season where they will try to get into your home.”

Protect Your Home and Plants

When it comes to pests invading their homes, most people think along the lines of ants, cockroaches, and rodents. Many don’t consider an infestation of stink bugs to be a real concern. Stink bugs are active in March and April, and they become very active during the fall season (September) where they will try their hardest to get into your home.

The simple truth is that stink bugs don’t like the heat. They’re not too fond of colder weather either, but once the heat arrives, the stink bugs pack up their bags and hit the road. Once the hot summer winds down and turns into fall, the smelly little critters come out of hiding to wreak havoc. Which means it’s time for you to start watching out for them.


Luckily, you won’t have to worry about stink bugs reproducing in your home. When they sneak in through the cracks and crevices, or even through open doors, they are not looking for a place to reproduce or lay their eggs.

Instead, they are simply trying to find a safe place to take up residence so that once the cold hits, they will be protected. They will often try to make their way into your house’s walls where they know it will be safe. Here are some stink bug solutions to help protect your home against them:

The big problem caused by stink bugs is the effect they have on crops every year. Stink bugs love to feast on vegetation, and because of their propensity to reproduce at such an amazing rate, it doesn’t take long before considerable damage has been done.

Your home garden and indoor plants are also in danger. Although stink bugs have plenty of public trees and leaves to feed on, they are not picky eaters. If they find their way close to your home, they won’t discriminate against your personal vegetation.

They especially seem to like tomato plants, so if you have any of those in your garden, you’ll want to take special care to keep them safe. Inside your home, you should look for the telltale signs of indoor plants having been chewed on by the little pests. 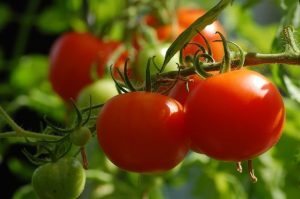 Your home garden and indoor plants are also in danger. Although stink bugs have plenty of public trees and leaves to feed on, they are not picky eaters.

Check your home’s exterior to make sure there are no openings for stink bugs. Stink bugs can get inside through tiny cracks, crevices, and holes. Pay close attention to areas where doors, windows, chimneys, pipes, vents, A/C units, electrical outlets, etc. are cut into the exterior. If you see an opening large enough for a stink bug to fit through, seal it up.

Try to seal up as many of these as you can, you’ll keep quite a few stink bugs out of your home. If windows or doors (including storm doors and screen doors) don’t properly seal, use weather-stripping, caulking, tape, or other methods of closing up openings. 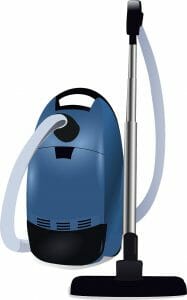 If you find that stink bugs have already invaded your home, use a vacuum to get them cleaned up quickly. Just keep in mind that being sucked up into a vacuum will automatically cause them to spew their odor, which will make your vacuum smell.

It’s best to use a cheap (possibly handheld) vacuum that you use only for these bugs. Immediately dispose of the vacuum bag in a thick plastic trash bag and remove it far from your home.

Without crushing them, gather stink bugs and place them in a jar or glass filled with the soapy water. This soon kills them without releasing their horrible smell.

Once they’re in your home, stink bugs may be difficult to get rid of. Since they’ll be in hiding, the best way that you can take care of them with minimal effort is to utilize a poison that can kill them.

Of course, this means you may never actually get to them since they hide in your walls, but if that’s okay with you, at least you won’t have to worry about them ever crawling around again. Don’t forget about the stench, though. Once you release the pesticide, they will literally stink up the place.

If you try these ways to get rid of stink bugs but they’re still bothering you, you can try store-bought pesticides for your home’s exterior. However, they frequently don’t work and often require recurring applications. It usually saves time and money to call a professional exterminator who can provide expert stink bug removal services.