Call us today to ask us a question, or to get us on board to help you make your house a lovely home.
Contact us

Pests come in many sizes and types, and every situation is different. They can invade your home or business, threatening outdoor living and work areas, too. Sometimes they’re simply a nuisance, but pests can also frighten you, spread disease and cause tremendous costly damage.

Here at Rest Easy Pest Control, we know what it takes to get rid of pests. We have the up-to-date knowledge and expert professional staff to provide the exact pest control services you need. Our service is not a one size fits all, we create customized plans of action for everyone we see. If you’re looking for the perfect balance between quality services and an affordable pricing, you’ve come to the right place. 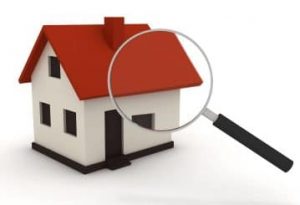 We Provide Solutions For People In The Following Areas:

Trust us to deliver the best solution

Regardless of what kinds of pest problems you have, we offer tailored pest control services to resolve those problems so you can Rest Easy. That’s because we understand your concerns and we take the time to listen.

At Rest Easy Pest Control, we respond quickly when you need help. Our work is always thorough, done right the first time. And of’ course it’s fully guaranteed. Everything we do is designed to give you that Rest Easy Feeling.

Call us for any service:

You can Rest Easy

A survey conducted by the National Pest Management Association in 2015, showed that 99% of pest managers had to deal with a bed bug infestation, as compared to only 25 percent in 2002. This alarming increase in bed bug invasions proves that these forgotten pests are back in business.

Adult bedbugs range in size from ¼ to 3/8 inches and have compressed, oval-shaped bodies. The nymphs are comparatively smaller in size and have a faded appearance. Bed bugs prefer to nest in different sections of a bed. However, their presence in couches, chairs, and cushions is not that uncommon. They leave their habitats after every 5 to 10 days to feed themselves.

Bed bugs suck human blood. Their bites rarely produce a severe allergic reaction. You might experience mild itching, or spot small red marks on your skin. They are not known to transmit any harmful diseases.

Rats have a powerful memory chip. They remember every path they walk upon. Their persistence is also second to none. Hunting is their forte and they are found in almost every ecosystem in the world, especially in drains and sewers. Their ability to reproduce rapidly results in a large population in a single location.

Two sharp incisors, which continue to grow during the entire course of their lives, are found in their upper jaw. They are used for the purpose of gnawing on hard material. This gnawing action also helps them to keep their teeth at a reasonable length.

Mice bear a striking resemblance to rats in their youth. As they grow older, the differences start to become more visible. Adult rats have freakishly long feet and heads as compared to adult mice. They also have a terrifying appearance. They can cause severe damage to property and spread several life-threatening diseases. Norway Rats and Roof Rats are the most commonly found species of rats in North America.

Avoid Stinging Insects at all Cost.

Wasps, hornets, bees and yellow jackets are seasonal pests that inflict painful bites. They are not just your average trouble-makers. Their venomous bites pose a serious threat to human health. Swelling, nausea, and in rare instances, infection leading to death are all a possibility following a sting bite.

Some stinging insects are harmless, and can even be beneficial. For example, the dragonfly is a stinging insect that is a natural predator and helps to keep other insect populations in check. And everyone knows that butterflies are excellent pollinators.

Stinging insects thrive in the warm, sunny weather, and are therefore known as summertime pests.  Their preferred habitats are gutters, eaves, and attics. Sealing crevice and cracks in these places is an effective way to deter their entry into your home.

Get Rid of Those Nasty Cockroaches

Cockroaches lay waste to homes, schools, hospitals, nursing homes, restaurants, and even dormitories. You will find them in every location that is somehow associated with food. Not only are these insects disgusting, they also contaminate food on a large scale. Fabric and paper products are also not safe in their presence.

These repulsive insects live in human excrement, sewers, and then proceed to contaminate food in kitchens. Due to their tendency to crawl through such places, they are infamous for carrying harmful disease-causing bacteria.

Identifying them is easy. Large and medium-sized cockroaches have wide and flattened bodies. They also have long, prominent antennae and membranous flaps on their wings. The nymph lacks wings and is smaller in size.

The color of a cockroach varies from jet-black to orange-brown. It prefers to reproduce and hunt for food at night, as it’s a nocturnal insect.

House crickets range in length from 17 to 23mm. They have a dim-yellowish-brown color and three elaborately placed dark bands on the anterior portion of their heads.  Field crickets, on the other hand, are black or brown in color and have an average size of 2.6cm. Lastly, ground crickets are brown and smaller than the other two varieties.

Crickets are famous for their long, powerful hind limbs, which serve the purpose of making incredible leaps. Another one of their characteristic features is their chirping song. They rub their wings together to produce a high-pitched sound to attract mates.

Most species of crickets live in moist and damp environments. And most are nocturnal ― active only during the night. Crickets are omnivorous i.e. they feed on both animal and plant materials.

Adult mosquitoes have prominent stick-like legs, a long protruding nose, and a congested oval-shaped body. They are gray in color and have distinct white bands all over their abdomen. Their bodies are also covered in glowing blue, green, white and silver scales. Additionally, their wings also have patterned silver scales. Their length ranges from ¼ to 3/8 inch.

Despite the widely held belief, all mosquitoes don’t bite. On the contrary, most of them prefer nectar of flowers to human blood. Females have no choice but to suck human blood because, without a blood meal, they are unable to reproduce.  Human blood contains essential amino acids that are important for the development of eggs. Females lay their eggs on stagnant and polluted water.

No One Deserves a Termite Infestation.

Termites are blind and only communicate with each other through pheromones and vibration. Pheromones are chemical signals that help them to attract mates, locate food and sense danger.  Their average length is 1 inch and their color varies from black to white or brown, depending on the species.

Termites play an important ecological role. They break down cellulose, which is vital for the survival of trees. However, this same dietary behavior is a real nuisance for homeowners.

Each colony of a termite is really organized and has hierarchical roles. A Queen, King and a variety of other ranks play a specialized role.

Get Those Ants Out of Your Kitchen

Ants live in colonies that comprise of millions of ant members. Like termites, Ants also have different castes in their social network. Soldiers, fertile queen, male drones and other groups work together to sustain an ant colony. More than 20,000 known species of ants are found in a diverse list of habitats.

Laying eggs is the only duty of the queen. Workers emerge out from unfertilized eggs, whereas fertilized eggs transform into females. Most females are sterile workers and have more physical and demanding responsibilities, such as the defense of the nest, foraging food and maintenance. All male drones are fertile and only exist to breed with the queen.

Ant nests are found in close proximity to water and food resources, or under stones.  Some species, however, prefer to nest in wooden structures, such as dead logs, hollow trees, and wooden fences. They don’t digest cellulose and are therefore incapable of causing excessive damage like termites.

Pets Are Known To Bring Fleas Inside

Fleas are reddish-brown insects that have six long legs and antennae. Their eggs are impossible to spot because of their small size. They are oval-shaped and white in color. The average lifespan of a flea is a 100 days, during which it can produce a staggering 500 offspring. Adult fleas spend their entire lives on a human host. Fleas in the larval stage hide in clothing and blankets until they’re ready to parasitize a human.

Fleas are responsible for spreading the vastly discussed bubonic plague of the 16th century. They can also transmit many other life-threatening bacterial diseases, including the murine typhus. Your pets are in danger of becoming anemic at the hands of these tiny carriers of death and disease. Fleas pose a serious threat to household pets as well as wildlife, such as raccoons and skunks. They are also found crawling in shoes and blankets.

Soft ticks prefer to nest and reproduce in animal burrows. After spending some time in the nest, the adults and nymphs get out in search of a host. Their stay on a single host is limited. On the contrary, hard ticks may spend their entire lives attached to a single host.

Hard ticks also employ a unique behavior known as questing to locate a host. They position themselves close to a blade of a leaf or some other vegetation and wait patiently for a potential host to pass by. When a host comes into contact with the vegetation, the tick simply latches onto it. The larvae of most tick species quest at the ground level, whereas the nymphs occupy a relatively higher ground. Adults position themselves at the topmost spot to find large hosts. Some species of ticks only spend a fraction of their lives questing.

Ticks are very much capable of transmitting diseases, including Lyme disease and swine fever.

You’ll get immediate pest control services to eliminate pests of virtually any type. We can also work with you to devise an ongoing pest management plan to keep your home or business pest-free.

Call us today at 1-888-927-9842 to ask us a question or to get more information on worry-free Rest Easy pest control for your homes and businesses.

You can Rest Easy