Spray to Get Rid of Rat Infestations

Spray to Get Rid of the Infestations 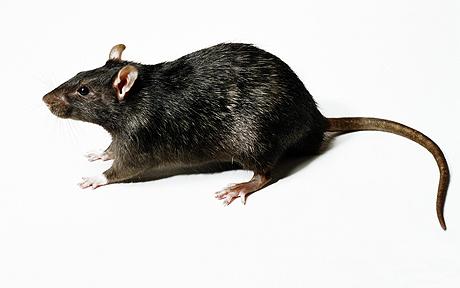 Bacteria are not only all around us, but literally in us. A recent line of thinking in biology is that we are best thought of as symbionts: an amalgam of our cells and lots of different types of bacteria.

And by cell count, bacteria compose the vast majority of “our” cells. And that goes for basically all large multicellular organisms—not just humans. Bacteria play an especially prominent role in digestion, where they digest things the animal can’t. Two examples of this are hindgut fermentation in ruminants and the bacteria in our large intestines.

A recent study published in Ecology Letters transplanted fecal matter between rats that could digest a certain toxic shrub (called Creosote) and those that couldn’t. After the fecal transplant, the rats that couldn’t digest Creosote had “a greater ability to feed on these toxins,” according to Kevin Kohl, a researcher at the University of Utah involved in the study.

This research confirmed what was long suspected—that herbivores’ gut bacteria play a significant part in allowing them to digest poisonous plants. This has important implications, such as modifying livestock to be able to eat plentiful plants that they currently can’t eat.

One example is Juniper, a plant that’s widespread in Utah but is generally too poisonous for livestock. “There’s been a big interest in getting sheep and goats to eat Juniper,” Kohl said. “We think some of these principles could be translated to other plants with different types of toxins and that we could hopefully transplant these bacteria into other species.”

But his study involved rats. When you have a problem with rats, give your local rat exterminator a call.

Spray to Get Rid of Rat Infestations

Rat infestations can be quite a burden on the average homeowner. Though people seem to be more concerned with mice, since they’re smaller and can easily get inside your home, larger rodents can present a problem as well. It’s a scary thought too, that New York City rats are getting bigger.

In a lot of ways, rats can cause the same kind of damage as their smaller counterparts. They can contaminate your food, chew through your cabinets, and even create a fire hazard by gnawing on your electrical cords and wires. They camp out in places that are well hidden, which is why you find rats in the attic or basement and in between walls and ceilings. And, of course, let’s not forget that rats can be carriers of many harmful diseases.

Because of this, it’s important that you get rid of these rats as soon as you know there’s a problem. Some homeowners often ask if there is any way to spray for rats (or even other rodents), which we’ll explore below.

“Rats can contaminate your food, chew through your cabinets, and even create a fire hazard by gnawing on your electrical cords and wires.”

Poisons are commonly used to kill some pests, whether you’re dealing with cockroaches, ants, or yes, even rats. Rat and mouse poison has been around for almost as long as mankind has had to deal with the pesky rodents, and in many ways, it’s quite effective when it comes to rat infestations. However, there aren’t any spray poisons that have proven helpful, so it’s best to stick with the powdered kind.

Of course, the problem with using these types of poisons is that the powerful ones that are deadly to the rats can also be harmful to children and pets, and even some adults, especially those who are older. Plus, a rat will very often take the bait, only to scurry off and go inside a wall somewhere. After a while, these rats die, which can smell for days. If you decide to use poisons to help get rid of rat infestations, be sure to exercise caution.

“Rat poison has been around for almost as long as mankind has had to deal with the pesky rodents, and in many ways, it’s quite effective when it comes to rat infestations.”

The most effective methods to rid yourself of rat infestations

If you’re hesitant about the use of poisons, there are some other products on the market that are intended to deal with rat infestations. Some homeowners have found success with pheromones, but these typically have a strong odor that you just won’t want to deal with. Since using any spray is out of the question, the best way to get rid of your rodent problem is rat traps.

The type of trap you use depends on whether you want to kill them, or if you’d prefer to capture the critters and release them into the wild. There are also spring-loaded rat traps on the market, but you would want to be careful with these if you have curious children or pets. These traps are very powerful due to the size of rats and can cause pain and injury if tripped by something other than a rodent.***