The Difference between Bees, Wasps, and Hornets

How to Know the Difference Between Bees, Wasps, and Hornets

If you’ve ever come across a bee, wasp, or hornet flying around close to you, there’s a good chance that you’ve ducked to get away from it, even when it was clearly not trying to attack. Although the flying insects belong to order Hymenoptera, there are differences between bees, wasps, and hornets you should know. 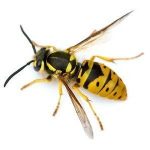 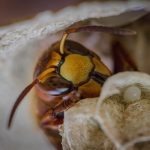 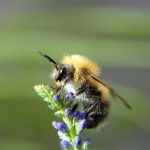 Many people get stung by these stinging insects each year. For some, it’s nothing more than a dull pain that goes away after a day or two. Some people, however, can experience severe allergic reactions. If the allergy is bad enough, death can result from a single sting.

Before you call for bee removal services to figure out your options, you need to know what you’re dealing with. Do you need to get rid of bees and wasps, or hornets, on your property? Let’s take a look at a description and threat of each.

Description: It’s important to recognize bees because these creatures are essential for pollination. It’s been said that if bees all die off, human beings would be unable to survive. Because of this, removal — as opposed to extermination — is the preferred method of handling them. Luckily, bees are easy to identify. They have fat, round little bodies, which are also fuzzy, with black and yellow stripes.

You’ll also notice that bees congregate in a hive somewhere, making them even easier to identify. In North America, the most common type is the Honeybee. Even though most of us are probably only aware of a few types of bees such as honeybees and bumblebees, there are actually more than 20,000 different bee species in the world.

Threat: With certain species, such as the common honeybee, if one of them stings a person or animal, they lose their stinger and will then later die. The sense of being stung is akin to being stabbed with a small needle, but the real pain is derived from the venom sac that is injected into the area.

If you get stung, you should scrape the sac away from your skin immediately. The site of the sting will hurt for hours and can ache for days, depending on the strength of the venom.

Bees are inherently gentle and passive unless their nests are disturbed. But there are aggressive bees called Africanized honeybees, which are found only in Southern border states. These bees were largely the creation of a Brazilian geneticist named Warwick E. Kerr.

He was attempting to design a cross-breed of bees in order to create one that would produce more honey and be better adapted to certain environments. The resulting “killer” bees were found to be extremely defensive and were inadvertently released into the wild, where they quickly began spreading.

Description: Wasps are pretty recognizable. You’ll notice that they have a long slender body which differentiates them from bees. They have bright yellow and black abdomens but no fuzzy hair. They often appear to be fidgety most of the time as their bodies twitch whenever they land.

You might be shocked to learn that wasps are considered to be the “good guys” in the insect kingdom. This is because although some wasp species are pollinators, many of them are predators that prey on other types of insects.

Sometimes wasps are introduced in agricultural areas as a form of natural pest control as humans use wasps to reduce crop-damaging insects from certain areas. Wasps also like human food and are far more likely to crash a barbecue and trash bin than bees.

Threat: A big difference between wasps and bees is that wasps do not lose their stingers when they sting someone. In fact, if a wasp is so inclined, it can sting a person or animal multiple times. After a bee stings a human or an animal, the stinger dislodges from the bee’s body, ripping out its digestive system and killing it—like a kamikaze pilot.

A wasp stinger, on the other hand, isn’t barbed, and they can unstick it after they pump venom into their victim. Thus, a wasp can sting without committing suicide. In general, wasps are also more aggressive than bees. If you try to swat at one, you better not miss or you’ll have one irritated wasp on your hands.

Wasp nests look like they’re made out of beige paper and are shaped like a pear (and don’t have honey). They are also more likely to be in a hidden place. Bees are basically always social and involved in some type of hive. But some wasps are solitary, and never bother to engage in the group.  Wasp nest removal should always be done by a professional. Contact your local exterminator before trying anything on your own.

Description: Although people often split these insects into their own category, the truth is that hornets are a type of wasp. They are in a class all of their own, though, due to their size. Hornets are larger than wasps with some species reaching up to 5.5cm in length.

While two inches doesn’t sound big, once you’re in their presence, you’ll think otherwise. They also have wider heads and more rounded abdomens.

Threat: Hornets and yellow jackets are not only just as aggressive as a typical wasp, but their sting can also be much more painful. If you think you have a hornet infestation, you better call a pest control expert immediately.

This is because they carry with them a neurotoxin, ready to be injected into anyone who disturbs them (and some who don’t).  This neurotoxin, if delivered in a sufficient amount, may result in the death of anyone who is attacked.

Perhaps you find the constant humming that comes with a hornet infestation to be oddly soothing. But within this organized group lies the potential of injury or even death. This is why a hornet infestation must be dealt with immediately before any harm comes to yourself or a loved one in your home. ***