Bees make an annoying buzzing sound and threaten us with dreaded stings. But as pollinators, they serve an extremely important function that has nothing to do with honey. Here are six facts about bees you should know. 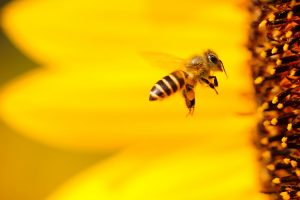 There are around 20,000 different types of bees in the world! Be it bumblebees, wasps or killer bees. These spring and summer time, pests are a painful nuisance. More than half a million people reach the emergency room each year, thanks to these stinging insects.

Some of these pests pose a more serious threat than others. In fact, some of them do not even sting. So, it is essential to be able to identify the different types of bees, to determine the risk to you and your family. When you’re in need of bee removal, its best for all of us if you safely transfer them elsewhere opposed to killing them.

Bumblebees are about one inch in size, have black and yellow markings and an overall fuzzy appearance. They pollinate plants and crops, so they are considered to be beneficial insects. Though they usually nest in the ground, they sometimes build their nests in attics or under roof beams.

When disturbed, they aggressively defend their nests. And if you’re wondering “Do bumblebees sting?’ The answer is yes. The bumblebee sting is very painful, and the swelling caused by it can last for days. In fact, bumblebees can sting more than once as their stingers are smooth.

This ensures that they do not get caught in the skin when they fly away. Bumblebees can be prevented by inspecting potential nesting areas for nests and calling a pest control expert if one is detected.

Beware of Hornet Sting in Spring

There are a few similarities and differences between carpenter bees vs bumblebees. Carpenter bees look like bumblebees, but the top of their abdomen is bare and shiny. They are between ½ to 1 inch in size. They get their name from their ability to drill holes in wood. Carpenter bees rarely sting, but they can cause structural damage.

These bees do not live in nests or colonies; they bore into wood, where they make tunnels for rearing their young. The tunnel opening may look one or two inches deep but can be up to 10 feet long. They prefer decaying or weathered wood to new and painted wood. Their nests can be hard to reach, so a pest control professional should be called for their removal.

Honeybees are less than an inch in size and orangish-brown in color. They are the only social insect whose colony can survive for many years. Honeybees are known to produce honey from the pollen and nectar of the plants they pollinate.

These bees can flap their wings 11,000 times per minute, which is why it sounds like they are buzzing. Honeybees are not aggressive, but they attack when they feel threatened. These bees can sting only once, but it can be very painful if the stinger is not removed from the skin immediately.

The reaction can be more severe for people with sting allergies. Since their colonies can be huge, removing them can be messy. It is best to call a pest control professional for this job.

Killer bees look like honeybees but have different wing size. They are golden yellow, with darker bands of brown. Africanized (killer) bees can chase people for over a quarter of a mile if they become excited. These bees are known to attack in large numbers, which can be quite dangerous.

If killer bees attack you, run in a zigzag pattern and seek shelter in a house or a car. Since these bees have an aggressive nature, a professional should be called for help. 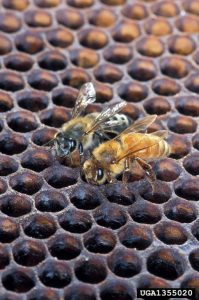 When beekeepers observe that times are tight and honey is scarce inside the hive, they’ll occasionally feed their bees sucrose or high fructose corn syrup. But due to the rapidly dwindling bee populations, this practice has been questioned.

A recent study published in Scientific Reports studied gene expression and diet in bees, and it found considerable differences in gene expression based on bee nutrition.

The experiment was done on foraging bees, which have fewer energy reserves and a higher metabolic rate than bees that are bound to hives. In theory, this would mean that foraging bees are extra sensitive to the specific type of dietary carbohydrate.

They were fed diets of either sucrose, honey, or high-fructose corn syrup. Bees have an organ that stores energy called the fat body, which is similar in function to our livers. As the researchers predicted, significant differences were found in gene expression depending on the type of carb. Bees fed honey showed much different gene expression in their fat body.

“A recent study published in Scientific Reports studied gene expression and diet in bees, and it found considerable differences in gene expression based on bee nutrition.”

The lead researcher was Dr. Gene Robinson, a professor of entomology and the director of the Institute of Genomic Biology at the University of Illinois. “Our results parallel suggestive findings in humans,” Robinson said. “It seems that in both bees and humans, sugar is not sugar—different carbohydrate sources can act differently in the body.”

It’s highly likely that the bees fed honey are healthier than those fed sucrose or high fructose corn syrup—that the expressional differences caused by the latter two sugars are mostly negative.

Facts #3: Never Swat at a Bee Hive or Wasp Nest

A beehive or wasp nest that is on or near your home can host tens of thousands of stinging insects. If bees or wasps see you as a threat in any way, they will attack with no hesitation at all. Many people believe that they can solve their bee or wasp problem by swatting the hive or nest to the ground by using some stick, broom or baseball bat.

While destroying the hive or nest is an important part of proper removal, it is also the most dangerous aspect of getting the job done, so if it is not done correctly, someone is sure to become injured.

Swatting at a hive or nest is not only ineffective, but it will also agitate the stinging insects, and you will be putting yourself at risk of being stung hundreds of times in just a matter of seconds.

Many homeowners make the mistake of taking a generic insect killer and spraying it directly onto or into a beehive or wasp nest. Before you bravely walk out to the hive or nest and begin to spray, consider that a beehive can have as many as 50,000 bees living inside of the nest.

The second you begin spraying the hive with insect killer, the bees will immediately become agitated, and the insect killer will only mildly affect the first layer of bees within the colony, the other tens of thousands of bees will be extremely upset and begin to attack you immediately.

Opinion on the bee recession is far from unanimous. As often happens in science—e.g., global warming—different experts have different views. The Wall Street Journal recently ran a piece by Henry Miller, who’s a molecular biologist, physician, the founder of the FDA Office of Biotechnology. He says bee populations aren’t declining.

According to Miller, “bee populations in the U.S. and Europe remain at healthy levels for reproduction and the critical pollination of food crops and trees.” Although Miller admits that there have been more winter colony losses than usual, he says that the bee population has actually been “stable—or slightly rising in the last couple of years” in Europe and North America.

He says the problem is being exaggerated by environmental activists who are distorting the science—specifically, misrepresenting the extent of the bee collapse and blaming it on the use of a pesticide (called neonicotinoids) that are widely used in agriculture. This pesticide is considered very safe for humans compared to other pesticides, but Miller asserts that the studies indicating its harm to bees are flawed.

Neonicotinoids were banned in the EU in December of last year, and regulators are pressuring the White House to follow suit. But Miller warns that this could have disastrous consequences—raising food prices, exposing crops to new pests, and devastating American farming communities. 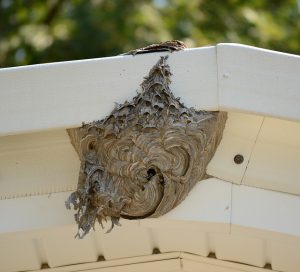 “The second you begin spraying the hive with insect killer, the bees will immediately become agitated, and the insect killer will only mildly affect the first layer of bees within the colony.”

Facts #6: The Venom of Bees and Wasps Stings Are Harmful

The venom from a bee or wasp is potent enough to cause a severe allergic reaction. Some people will require immediate medical attention as a reaction can happen in minutes and be fatal.

Seek medical attention if one or more of the following develop after the sting; a severe allergic reaction (anaphylaxis), a toxic reaction, a large skin reaction that spreads away from the site of the sting, signs of a skin infection, or serum sickness that is characterized by a skin rash, joint stiffness, and fever. Call 911 if someone you are with experiences chest pain, face or mouth swelling, difficulty swallowing, trouble to breathe, or goes into shock.

If you have a beehive or wasp nest near your home or on your property, contact Rest Easy Pest Control and leave the dangerous work to the professionals.***