What Are the Differences?

The two species share some similarities, and that’s why some people find it difficult to differentiate between them.  Although both gather pollen and feed it to their young ones, bumblebees and carpenter bees have different behaviors, appearance, and habitats. 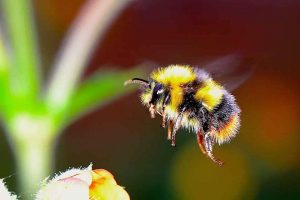 As you look forward to a warm weather during spring, there’s something else you should anticipate; the likelihood of the buzzing sound of bees around your property. There are various bee species, but carpenter bees and bumblebees are the most common near human dwellings or workplaces. When you need bee removal in Long Island or NYC, you can count on Rest Easy Pest Control.

When it comes to appearance, both species share some resemblance; they have nearly the body sizes of approximately one inch. Besides, their bodies feature black and yellow colors.

The difference comes in their abdomens; while eastern carpenter bees have black, hairless and shiny abdomens, the abdomen of a bumblebee is hairy, fuzzy black and mostly has a yellow band or some yellow markings.

The flying pattern of bumblebees is quite different from that of carpenter bees. Bumblebees are very social, and so, they nest and fly together.

On the other hand, carpenter bees are usually solitary insects, and that’s why you are likely to see them chasing one another and typically don’t fly together in harmony.

As mentioned earlier, bumblebees are a social species as they live in colonies, and for that reason, one of the things that can push them to sting is when their nests are under threat by enemies who include humans and other animals.

The worker bumblebees will sting the perceived enemies to protect their colonies (nests). Sterile females are the defenders of the nests, and so, they stand to lose no reproduction capability even if they die as a result of stinging.

On the other hand, since carpenter bees are solitary bee species, they will sting only when they are extremely provoked. Fertile females are responsible for the protection of their nests. If they sting, they lose their lives as well as the reproduction capability.

For that reason, carpenter bees are usually hesitant to sting. That explains why carpenter bees rarely sting people, unlike bumblebees which sting upon slight provocation. 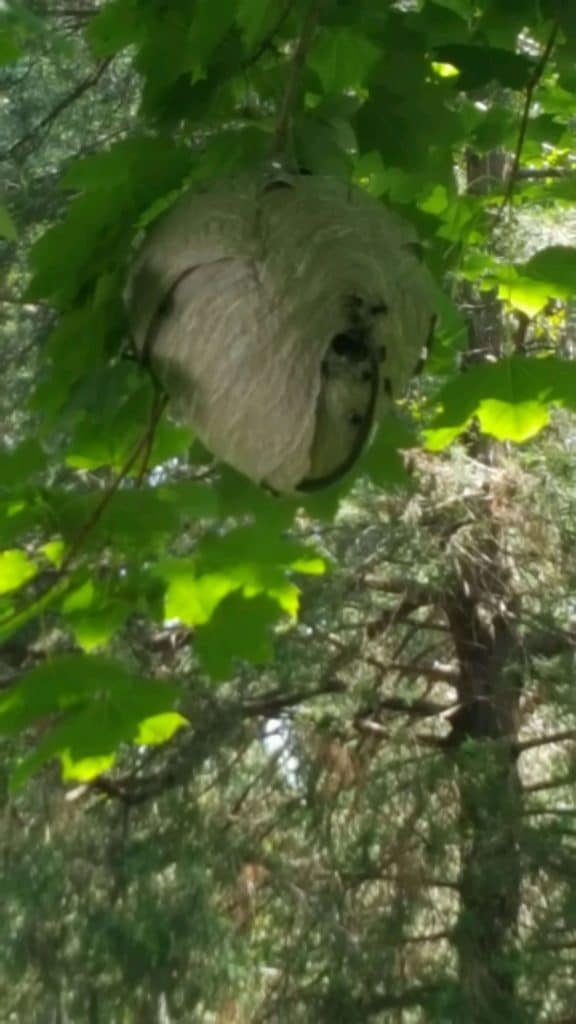 Carpenter bees live in twos, each pair comprising of a male and a female. In buildings, you’ll most likely see them nesting in soft and weathered but unpainted woods especially, redwood, cedar, cypress, and pine.

An entrance hole to the nests of carpenter bees is approximately the size of the button of your shirt. You may not even see it from the front. A pair of carpenter bees abandons it nests once the female lays eggs.

On the other hand, bumblebees, unlike carpenter bees, don’t nest in structures. Instead, they prefer creating their nests in unusual places such as unoccupied rodent burrows, beneath grass/leaf clippings, inside walls, in piles of firewood, holes in the ground or old equipment, under stones or logs as well as in crawl spaces and attics.

Although there usually many bumblebees in a nest, sometimes even ten or fifty of them, it is only the queen who can mate and lay eggs. A queen bumblebee starts a colony in the spring. Due to her reproduction, the nest continues to grow bigger with time throughout the spring and the early and middle months of summer.

“Bumblebees prefer creating their nests in unusual places such as unoccupied rodent burrows, beneath grass/leaf clippings, inside walls, in piles of firewood, holes in the ground or old equipment, under stones or logs as well as in crawl spaces and attics.”

People have fewer problems with bumblebees as compared to carpenter bees. This is because the former tend to nest in unusual places with minimal human activities, unlike the latter which prefers to nest in places with possibly many human interruptions.

Those are some of the similarities and differences between bumblebees and carpenter bees. It is paramount to know which stinging insect species is present at your place so that you can establish your safety.***